Partial Priority - Questions for the Enlarged Board

Back in January I wrote about an appeal case at the EPO where a referral to the Enlarged Board on the question of partial priorities was going to be made. The Board in T 557/13 has now finally issued their decision, which is available here. Although it has taken them over six months to get there, I can see why it has taken so long, since the decision runs to 64 pages and is very comprehensive (as you might expect for such an important case).

In brief, European patent EP0921183 (which, by the way, expired in June this year) was opposed for lack of novelty, among other things. The opposition division concluded that claim 1 as granted was a generalisation of a more specific disclosure in the priority document, which had also published as an EP application. The priority document therefore became prior art under Article 54(3) EPC. Since, in the opposition division's view, the granted claim did not give rise to the claiming of a limited number of clearly defined alternative subject matters (referring to G 2/98), the claim was not entitled to priority and lacked novelty over the priority document.

On appeal, the patent proprietor argued that the claim was novel because a divisional application could not have a different priority date from its parent, backing its arguments up with various documents, which included a post from this blog (mentioned as D22 in the decision). The proprietor also cited the FICPI memorandum that was referred to in G 2/98, and proposed various questions to be referred to the Enlarged Board (which were mentioned in my previous post). The Board indicated that the issue of novelty might hinge on whether a patent could validly claim a right of priority when claiming more generically than a priority disclosure, and drew the parties attention to decision T 571/10, which is quite clear on the subject.

Following oral proceedings, which were held on 17 December 2014, the Board decided that it would refer questions to the Enlarged Board, the form of which were to be decided. This decision now sets out the reasoning behind the questions being referred. As the Board states at point 8.4 of the reasons, "the decision on novelty of the subject-matter of Claim 1 may depend on what approach is adopted in assessing entitlement to partial priority for a generic "OR"-claim. The concrete question to be resolved here is whether Claim 1 enjoys partial priority to the extent that the use of the product of Example 1 as disclosed in D16 is encompassed by the more generic definition of Claim 1, rather than being spelt out in it". In my view, this is the core of the issue, and one that has been much debated here and elsewhere. The question is in effect one of whether it is correct to take a broad or narrow view of the "limited number of clearly defined alternative subject-matters" as defined by G 2/98.

The Board goes into a lot of detail discussing the background to the issue of claiming partial priorities. They refer to the FICPI memorandum, and note that it was "an essential element in the process of drafting the EPC provision allowing the claiming of multiple priorities for one and the same claim which was finally adopted" (point 11.7). This seems to disagree with comments from some who have accused me of putting too much emphasis on the memorandum. In my view the memorandum is key, and has to play a very important role in resolving the issue if G 2/98 is to be followed at all (which, of course, it might not be). The Board also discuss the conflicting case law of the EPO, as well as two relevant judgments from the England and Wales High Court (Nestec v Dualit and HTC v Gemalto) where partial priority made an appearance. All of the issues should already be familiar to readers of this blog, so I won't go into the details again.

In a preamble to the actual questions themselves, the Board outline the main issues and comment on the fundamental importance of the point of law. At point 17.2.2 the Board states:


"The right of priority being one of the cornerstones of the patenting system, the Board considers that clarification of issues arising in the present connection is of fundamental importance. As argued by the appellant, the way in which entitlement to priority is assessed in cases of generic "OR"-claims is of great practical importance for claim drafting and filing strategies. "

The Board refers to another pending appeal case, T 624/14 concerning EP2157457, where a request for a referral has also been made. They also draw attention to two further publications, one of which is an article I wrote (in my real life persona) with Renaud Fulconis for the CIPA journal in December 2013 (cited as D30 and available in preprint form here), setting out the two opposing views on partial priorities. The Board mention that the jurisprudence before and after G 2/98 has not been applied uniformly in the assessment of partial priority for generic "OR"-claims, resulting in two divergent approaches developing. Clarification from the Enlarged Board is therefore needed. Given the fundamental nature of the issue, the questions have been formulated in broader terms than those suggested by the parties, and are as follows:

2. If the answer is yes, subject to certain conditions, is the proviso "provided that it gives rise to the claiming of a limited number of clearly defined alternative subject-matters" in point 6.7 of G 2/98 to be taken as the legal test for assessing entitlement to partial priority for a generic "OR"-claim?

3. If the answer to question 2 is yes, how are the criteria "limited number" and "clearly defined alternative subject- matters" to be interpreted and applied?

4. If the answer to question 2 is no, how is entitlement to partial priority to be assessed for a generic "OR"-claim?

The questions posed look very comprehensive to me, and very thoroughly thought out. I suspect the answer to them is not going to be a straightforward "no" to question 1, as that would be too easy (although would seem to me to be the correct one; see here for my reasons why). The key part is likely to be question 3, which is where the FICPI memorandum will come into play, unless the Enlarged Board decides to throw out that part of G 2/98 and start afresh (which they can do).

What happens next is the interesting part. I suspect the EPO will invite observations on the questions being referred, and then in a year or two we should get the answer. Let's hope it's the right one.

See further analysis from PatLit here and the IPKat here.

UPDATE 3 November 2015: As announced on the EPO's website here, third parties are now given an opportunity to comment on the referral by filing written statements. The deadline for filing is 1 March 2016. 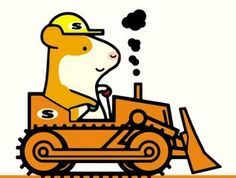