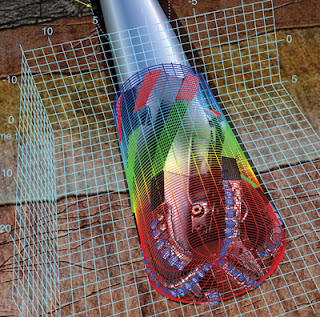 If an invention is claimed as a series of method steps, does it make any difference in what form the claim is presented as far as patentability is concerned? If so, is the question about form over substance or is it more complicated than that? The answer, according to the judgment of HHJ Birss QC in Re Halliburton Energy Services Inc [2011] EWHC 2508 (Pat), appears to be the latter.

The case relates to an appeal from the IPO, the facts of which were outlined in my post from earlier this year here. In brief, three of Halliburton's UK patent applications relating to methods for designing drill bits using computer modelling were refused at the IPO, all on the grounds of the assessed contribution being a mental act (section 1(2)). A fourth application was refused for the same reasons in a separate later decision. All four applications were combined in the appeal. In the appeal, as with the IPO decision, one representative application was chosen because the others, defining very similar inventions, would stand or fall on the same grounds.

To summarise a fairly long and complicated decision, the judgment in the end came down to whether a method claim, which did not result in anything physical and, although not specified in the claims, would inevitably need to be implemented on a computer, should be considered to be excluded for being a mental act. According to the Court of Appeal in Fujitsu, it might. According to Jabob LJ's (arguably obiter) comments in Aerotel/Macrossan, however, it might not. The hearing officer at the IPO had considered that the broader view of Fujitsu should be taken, and effectively ignored Jacob LJ's doubts in Aerotel about the width of the mental act exclusion.

HHJ Birss, placed in the difficult position of being bound by both precedents from the Court of Appeal as well as having represented the IPO in Aerotel, managed to steer a careful path through the precedents towards the goal of correcting what was a clear discrepancy between UK-IPO and EPO practice (see here for more details; this particular rift between the IPO and the EPO has been in place for the past few years). He firstly dealt with the question of whether it would be inevitable that the claimed method would be performed on a computer, even though this was not explicitly claimed.  At paragraphs 21-23,

That disposed of the argument relating to whether the scope of a claim could realistically cover an actual mental act, i.e. a calculation carried out by a person, if the processes involved were ones that humans simply would or could not do.

The judge also tackled the question of whether the contribution to the art was technical in nature (steps 3 and 4 of the Aerotel test). After considering Symbian, he considered that the question to be considered was "what task it is that the program (or the programmed computer) actually performs. A computer programmed to perform a task which makes a contribution to the art which is technical in nature, is a patentable invention and may be claimed as such" (paragraph 32). A task that fell within excluded matter, such as a business method (a securities trading system, for example, as in Merrill Lynch) would be not patentable because the result itself is a "prohibited item" (paragraph 33). However, when the task represented "something specific and external to the computer" (paragraph 38), the circumstance is likely to indicate that the invention is patentable.

In conclusion HHJ Birss decided that the balance of the case law was in favour of a narrow scope for the mental act exclusion, referring with apparent approval the EPO decision of Infineon (T 1227/05) that established the latest IPO/EPO rift, arguing that the reasoning was the same as that in Kapur. This was enough to overturn the hearing officer's decision to refuse the applications, finding it to be ill-founded.

The judge did, however, then go on to establish whether the claimed inventions would in fact pass the Aerotel test.  The contribution did not fall within excluded matter for being a mental act, but would it be excluded instead for being a computer program? HHJ Birss thought not, and disposed of the matter quite briefly:


" Is it more than a computer program as such? The answer is plainly yes. It is a method of designing a drill bit. Such methods are not excluded from patentability by Art 52/s1(2) and the contribution does not fall solely within the excluded territory. Drill bit design is not a business method, nor a scheme for playing a game nor (as I have held) is this claim a scheme for performing a mental act." (paragraph 71)

This very short passage is, in my opinion, the key feature of the judgment. Although the bulk of the judgment relates to whether the mental act exclusion would apply, this would all be completely irrelevant if an examiner could then change tack and state that the method was in any case excluded for being a computer program as such. I would therefore have liked to have seen more on this aspect.  As it is, at least for Halliburton, it seems that their applications will be rescued from being refused and will most likely all now be granted once they have been past the examiner again.  I wonder, however, whether this will also apply to other applications that have been facing similar difficulties.  I have my suspicions that the IPO will indeed change tack and, given the lack of clear indications from this case, decide to refuse such applications on the computer program exclusion instead.  This suspicion is, I believe, confirmed by the way the IPO have now indicated that they will change practice in light of this decision.  In a new practice notice, the IPO state:


"Following the decision of HHJ Birss QC in Halliburton's Applications [2011] EWHC 2508 (Pat) examiners will now take a narrow view of the mental act exclusion. In future, claims which specify that the invention is implemented using a computer will not be considered to be excluded from patentability as a mental act."

There is no indication in the notice that IPO practice in relation to the computer program exclusion will be changing. Indeed, the new notice states that it replaces the guidance given to patent examiners only in paragraph 8 of a previous notice relating to patentability of computer programs.  As a result, I strongly suspect that, except for applications specifically relating to drill bit designs, life will continue to be difficult at the IPO for computer implemented inventions that do not output a physical result. But then, maybe I am just overly cynical. We shall see.
Posted by Tufty the Cat at 21:01 No comments:

Changes to the UK Patents Rules

As from today (1 October 2011), the Patents Rules 2007 are amended by The Patents (Amendments) Rules 2011 to correct a drafting mistake. Time periods in the Rules that were defined as "beginning with" a particular date are now to be defined as "beginning immediately after" that date. These changes have been made apparently in light of Rigcool v Optima Solutions, which concerned the correct way to calculate the two year period for initiating entitlement proceedings under Section 37(5) (although this period is not being being altered by these changes).  The resulting anomaly in how the Rules were interpreted was noted in my post on the subject here.

The changes, which are numerous, have already been made in the (unofficial) version of the Rules available on the ukpatents wiki. One small point to note is that these changes are not a straightforward find-and-replace job, as there are some places where the old wording is maintained, such as in Rule 18(1) where both the start and end of the relevant period (ironically relating to missing parts) are defined.