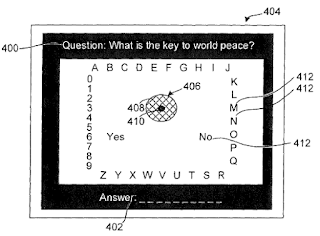 UK application GB1805236.5, from Unanimous A.I., initially published as WO 2017/004475 A1, entered the UK national phase in 2018. The claimed invention related to a "collaborative intelligence system for determining a group result in real-time from a group of users presented with a group question". Claim 1 of the application, which in its published form is nearly two pages long, defines a networked computer system in which individual users are sent a group question and submit their input. A group result would then be generated and sent out to the users until a final group result was determined. The final group result then represented the collective decision reached by the users.

The UK IPO examiner objected that the claimed invention was excluded for being a computer program, a business method or the presentation of information as such, finding that the contribution was "a set of apps that solve the business administrative problem of obtaining a collaborative group result for a group question", which fell within excluded matter under section 1(2) and did not define a technical contribution according to any of the AT&T/CVON signposts. The application then progressed to a hearing, prior to which the applicant submitted some amendments that narrowed the invention to a specific implementation involving pointer locations and vector representations (as in Figure 4 of the application shown here).

The hearing officer considered that the way the invention was defined in terms of the input device went to the heart of the contribution, which was a new mechanism to allow multiple users, in distributed locations, to interact together via vector inputs to their individual devices to collaboratively influence the position of a single, shared pointer and hence to make a collective selection. While not all inventions relating to input devices were inherently technical, in this particular case the hearing officer agreed with the applicant's attorney that the contribution was unquestionably technical and plainly more than a computer program. The application was therefore not excluded and was remitted to the examiner to conclude the examination process.

What is interesting about this decision is not only that it is one of a very small number that result in the hearing officer finding that an invention is not excluded, but that the decision relies on specifics about an input device for an invention that would otherwise be excluded. The concept behind the invention, which is in any case not new, is one that would not be considered patentable in the UK but the way it is implemented can be. This, of course, limits the scope of the patent to that particular implementation, but does at least give us some useful indications of how it might be possible to overcome excluded matter objections if there is enough subject matter in the application as filed to describe the specific implementations. In this case, the way that users are able to provide their input in the form of a pointer on a screen, which are combined into a collective vector that eventually arrives as a collaborative answer from feeding back other users' inputs, is actually the way that the system appears to work in practice. The question of whether this is actually AI is another thing, of course.