How to get the wrong invention searched 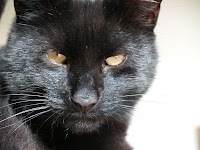 For one reason or another, a European patent application may turn out to contain more than one invention (known as a lack of unity: Article 82 EPC).  This might be evident from the outset by the way the claims are drafted (assuming this is not merely a Rule 43(2) issue), or might only be apparent once an examiner starts to carry out a search (a so-called a posteriori lack of unity: Guidelines C-III 7.6).  In the latter case, if a first claim is broad the various options in the claims may mean that a search would have to go down more than one path to ensure all possible options are searched.  An examiner will then issue only a partial search report (under Rule 64) and will invite the applicant to pay more search fees to have the other invention(s) searched.


Rule 64 is quite specific about what will and will not be searched.  It says that the EPO "shall draw up a partial search report on those parts of the application which relate to the invention, or the group of inventions within the meaning of Article 82, first mentioned in the claims" (emphasis added).
One might therefore think that, to be sure a preferred invention is searched, the thing to do would be to place it first in the claims, whether this is in the first independent claim or the first option in a first independent claim having multiple options.  This would, surely, ensure that the search report covers the invention "first mentioned in the claims".  Or would it?

I have heard of at least one instance where the EPO has decided to search an invention other than that "first mentioned in the claims". There seems to me to be no legal basis for doing this. However, there are some hints that, at least in one instance, this might have been done to avoid any possibility of double patenting (that is, to prevent repeating a search already conducted for another, related application).

If this is indeed the case, then I am surprised the EPO is ignoring an explicit legal provision to do something that Boards of Appeal of the EPO have repeatedly found to have no legal basis in the EPC (see, for example, T 587/98, G 1/05 and T 1423/07).

Even if double patenting has nothing to do with it, this type of approach would mean that simply presenting subject matter first in a claim may no longer be enough to ensure that the required subject matter is searched. This is bound to place an even bigger cost burden on applicants who have filed divisional applications to important subject matter simply because the EPO has not concluded prosecution of parent applications (or, sometimes, even issued a second office action) within 2 years.

Can this be right? Is there anything that can be done to rectify the situation (other than paying an additional search fee)? Your thoughts would be welcome.
Posted by Tufty the Cat at 08:01