Faster patents from the UK IPO but not the EPO 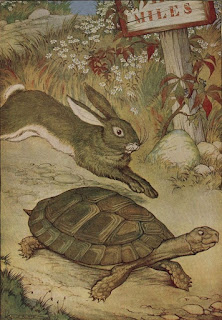 Last month the UK IPO announced a consultation on a new "superfast service" for processing patent applications, proposing that a patent could be granted as quickly as 90 days from filing if the applicant paid a fee in the region of £3.5 to £4k. Apart from the new fee, the only real differences over existing ways of accelerating applications (for example by using the Green Channel) are that: i) no reason would be required for acceleration; and ii) the usual 3 month period for third party observations after publication would be shortened to 1 month. As far as the UK goes, these proposals are not particularly ground-breaking, and the only objection I would have is that the high fee will probably put most applicants off, resulting in very little use of the service. There may, however, some cases where applicants really do need to get a patent granted quickly and cannot afford to wait for the application process to take its usual course.

If the UK IPO is happy to grant applications quickly, then why not the EPO? After all, the end result as far as protection in the UK is concerned is (or should be) the same. This is where one of the differences between the UK Patents Act 1977 and the European Patent Convention comes into play, and it comes down to that pesky Article 54(3) EPC again (corresponding to Section 2(3) in the UK Act).

If an application is searched and examined earlier than 18 months from its filing date, there is a possibility that some prior art might be missed, because Article 54(3) / Section 2(3) prior art will only make itself fully known after this date. Under UK law, this does not need to hold up grant because any missing prior art  can be searched for by the examiner doing a 'top up' search after grant. If anything relevant does come up, the examiner can offer the proprietor the opportunity to comment and amend as required, under Section 73(1) (although the downside is that by that stage the only amendments allowed are narrowing ones). The EPC, however, has no corresponding provision because, once a patent has been granted, it is no longer the responsibility of the EPO, except if an opposition is filed or in the limited circumstances of a request by the proprietor for limitation or revocation. Therefore, even though Article 93(2) suggests that grant might occur earlier than 18 months from the date of filing this does not in practice happen. I would, incidentally, be very interested to be pointed towards anything that would disagree with this.

This difference in the ability to speed up prosecution has been confirmed by T 1849/12 (in German only; see K's Law here for an English summary and discussion), in which the EPO board of appeal agreed with the examining division's decision to refuse the applicant's request to have their application granted earlier than the 18 month publication date. Their reason was that the examining division was required to come to a decision on grant based on all the requirements of the EPC, i.e. including Article 54(3). Only when the ED was of the opinion that all requirements were fulfilled could the application proceed to grant.

The conclusion seems to be that, at least as far as choosing between getting a patent from the UK IPO and EPO goes, you can either have slow and sure or fast and loose. Which would you prefer?
Posted by Tufty the Cat at 14:19