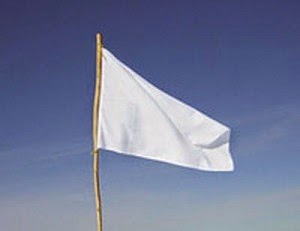 Surrendering a patent, which is possible under section 29 of the UK Patents Act 1977, is an unusual option to take, although it does happen fairly regularly. In the year to date, according to the UK IPO online patents journal, 20 applications have been made to surrender patents. Over the past eight years (the period the journal has been available in electronic form), section 29 has been used 178 times.

The motivations for a patent proprietor to want to surrender their patent are never clear from the outside, and do not need to be stated in an application. There would, however need to be a good reason for a patentee to apply to surrender their patent rather than taking the easier option of simply allowing the patent to lapse by not paying a renewal fee. That reason would in most cases, I suspect, have something to do with either a licence or settlement relating to the patent. If, for example, a patent is being licensed and royalty payments are being made while the patent remains in force, having the patent revoked by a third party could put at risk all of the payments made to date, since revocation has the effect of deeming the patent never to have existed. This would inevitably cause problems for the patentee. A solution would be to surrender the patent, because this would not have a retrospective effect and could merely cause a licence to be terminated rather than put in question everything that has been paid to date.

Any application to surrender a patent must indicate, according to rule 42, whether there is any action pending before the court for infringement or revocation of the patent, and including any particulars. If there is a revocation action pending, this would be a good reason for the IPO not to allow the patent to be surrendered because the patentee should not be able to avoid having their patent revoked by instead surrendering it. Two decisions from the UK IPO this year illustrate the point nicely, with one deciding against allowing the patentee to surrender their patent, at least for the time being, while the other decided in favour of allowing the patent to be surrendered.

In OR Specific Inc.'s patent (BL O/170/14, 16 April 2014), the proprietor gave notice of an offer to surrender their EP(UK) patent EP1237494B,  accompanying this with a statement indicating that an action for revocation was pending before the High Court. The offer was advertised and no notice of opposition was given within the four week period under rule 76(2)(b). The hearing officer considered that the comptroller had no power to decline to deal with an offer to surrender. In a previous decision, however, consideration of an offer to surrender had been stayed and the proprietor ordered to inform the court of the offer (Dyson’s Patent [2003] RPC 24). The hearing officer also referred to Connaught Laboratories [1999] FSR 284, in which Laddie J noted that an order for revocation had a different effect to an offer of surrender and indicated that it was open to the Court to order revocation or to allow the offer to surrender to be processed through the comptroller. In the hearing officer’s view it was appropriate to stay further consideration of the matter to await the outcome of the revocation proceedings. The proprietor was ordered to notify the Court of the offer to surrender and to notify the comptroller of the outcome of the court proceedings, after which the matter would be considered further.

In the later case of Genentech Inc.'s patent (BL O/360/14 11 August 2014), the proprietor also made an offer to surrender their EP(UK) patent (EP1187632B1), including particulars of a revocation action pending before the UK courts relating to the patent, along with two others that were not being surrendered. The patent had been the subject of opposition proceedings at the EPO and an appeal was underway regarding revocation of the patent by the opposition division (see the register here for details). The offer was advertised under rule 75 and no opposition was filed during the four week period under rule 76(2)(b). The office requested further information regarding any response that may have been received from the claimant for revocation regarding the offer. The applicant responded by referring to a judgment from the Patents Court following a pre-trial review of the revocation action, in which the judge referred to there being no reason to continue with the revocation action in relation to the patent that was being surrendered. Following the judgment, the claimant did not pursue the claim for revocation of the patent. The hearing officer considered that the issue to be decided was whether an offer to surrender the patent could be accepted or if the proceedings should be stayed pending resolution of the revocation proceedings. Unlike in the earlier case, surrender of the patent had already been discussed and acknowledged as part of the revocation proceedings and all parties were aware of the offer to surrender. On the basis of the information provided, the hearing officer considered that the patent could be surrendered since: i) the claimant and court were aware of the offer; ii) the offer remained unopposed; iii) the court expressed the view that it should continue; iv) accepting the offer would not adversely affect the revocation action, which now related to two other patents; and v) the claimant and court had proceeded on the assumption that the offer would be accepted and the revocation claim would not be pursued. The order to surrender was accepted.

From these two decisions it appears that offers to surrender a patent are only accepted at the IPO if it is clear that there are either no pending proceedings regarding the patent or, if there are, that the other parties are all happy to allow the patent to be surrendered. This all seems to make a lot of sense, and fits with the general idea that it should not be possible for the patentee to get away with surrendering if the patent should instead be revoked.
Posted by Tufty the Cat at 14:53