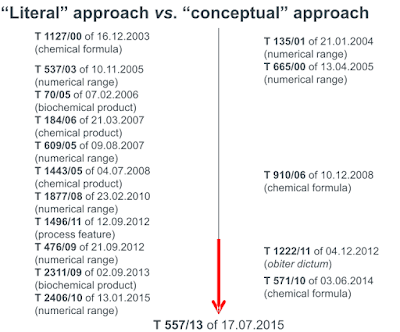 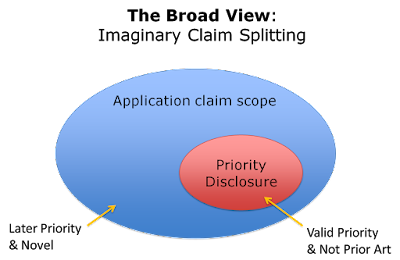 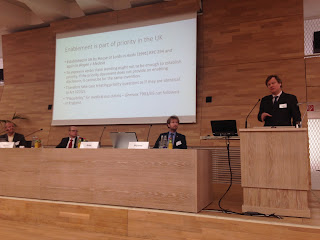 At the end of the presentations, a couple of straw polls were held to see what the audience thought of two issues raised. The first was whether it was possible to have valid priority for a generic claim based on specific examples, where the skilled person and common general knowledge were used to justify the broader scope of the later claim. The audience was roughly split on that one, probably because it would be difficult to define a general rule and each case would depend on the facts. The second poll was about the question of whether the literal or conceptual approach was the correct one to take when assessing partial priority. The audience in that case was quite emphatic that the conceptual approach was correct, with not a single vote for the literal approach. Clearly the presentations on the day had got the point across to the audience. Let's now hope that the Enlarged Board reaches the same conclusion.
Posted by Tufty the Cat at 16:13