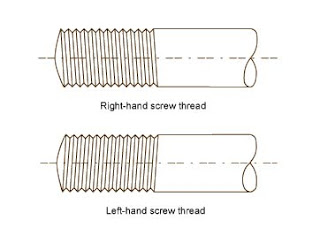 For a claimed invention to be novel, it must have at least one feature that is not disclosed in a single piece of prior art, typically a document. As described in the Guidelines for Examination, G-VI 2:

"A document takes away the novelty of any claimed subject-matter derivable directly and unambiguously from that document including any features implicit to a person skilled in the art in what is expressly mentioned in the document, e.g. a disclosure of the use of rubber in circumstances where clearly its elastic properties are used even if this is not explicitly stated takes away the novelty of the use of an elastic material. The limitation to subject-matter "derivable directly and unambiguously" from the document is important. Thus, when considering novelty, it is not correct to interpret the teaching of a document as embracing well-known equivalents which are not disclosed in the documents; this is a matter of obviousness".

Novelty is therefore not quite as straightforward as simply looking through the document and deciding whether all features in the claim can be found. But what are implicit features? The above section of the Guidelines makes clear that this does not extend to well-known equivalents, which would instead fall under inventive step. There is, however, a grey area between an explicit disclosure of something and what would constitute an equivalent.

A question I have been asking myself recently is whether implicit features would include something as simple as left and right handedness if a disclosure does not specify either but from which the skilled person would inevitably select one or the other, perhaps with equal probability but perhaps not (not a mixture, anticipating clever comments from chemists about enantiomers). If, to take as simple an example as I can think of, a document discloses a widget with a screw but does not disclose whether the screw is a left-handed or right-handed screw (and the handedness doesn't make any difference), does this anticipate a later claim to the exact same widget with a right-handed screw?

Another section of the Guidelines, which I find has remained unchanged for at least the past 20 years, is G-VI, 5, which states:

This section of the Guidelines goes back at least as far as the 2001 edition (see the EPO archive versions), where the same wording was used in section C-IV, 7.4, and most probably much earlier than this. A puzzle I am having with this, however, is that this does not refer to any case law. I am also unsure what it means by using the word "usually". Looking in the EPO's case law book, section 5.2.6 on generic disclosure states:

In T 651/91 the board pointed out that a generic disclosure did not normally deprive any specific example falling within that disclosure of novelty. A disclosure could be generic even where it only left open the choice between two alternatives".

The key decision therefore appears to be the earliest one mentioned here, T 651/91, which was decided in 1993. The case law book appears to make it clear that a disclosure could be generic with only two alternatives, meaning that my example above of an undefined handedness screw would not anticipate a screw with a specified handedness. Or would it? The Board only states that a disclosure could be generic if there were two alternatives, and the Guidelines states that a generic disclosure does not usually take away the novelty of a specific example. What does this decision actually say though, and what is the legal reasoning behind it? The relevant part of the decision is in points 4.3 and 4.4, which (in machine translation from the original German) state:

"4.3. Consistent with the Guidelines for Examination at C-IV, 7.4, the disclosure of a general teaching does not pre-empt the novelty of a particular practice falling under that general teaching. A teaching can be general even if it leaves open the choice between only two alternatives.

4.4. In the present case, however, more than two alternatives are included. Contrary to the opinion of the appellant, according to which the word sequence "one of the ... gears" in claim 1 of publication (D1) represents a reference to only two gear designs, one of which corresponds to Figure 1 there and the other to the gear type according to the contested patent corresponds, no such restriction can be found in the overall documentation of publication D1. As US Pat. No. 4,280,583 (D3) shows, the general teaching according to claim 1 of document D1 also includes at least the further embodiment shown there, in which three gear wheels are seated on the countershaft, one of which controls the drive member ( 8, 12) of the differential gear drives" (emphasis added).

Note that, as mentioned above, the section of the Guidelines referred to has been unchanged since at least 2001, and most likely also since the date of this decision (it would be useful to have confirmation of this). The result is that we appear to have legal reasoning from the leading case on the subject, which is referred to approvingly in 18 later cases, but which has only a reference to the Guidelines in support of its position. From everything I have been led to believe about how these things work, that seems to me to be the wrong way round. Usually the Guidelines will follow the existing case law, not the case law following the Guidelines.

Furthermore, this leading case explicitly states that the facts of the case do not even relate to there being two alternatives, so the Board cannot have considered the possibility of left and right handedness or other equivalent situations. As far as I can work out (and I have traced the line of reasoning from all cases that refer to T 651/91), there is no case that considers the situation of exactly and only two alternatives, either of which the skilled person would inevitably select. All have followed T 651/91, finding that generic disclosures do not anticipate a specific claim.

What if the case law is (at least partly) wrong on this point? It would of course need a fact situation to establish this, but one way of supporting an argument that a generic disclosure of a screw would anticipate both left and right handed screws can be found from case law on the subject of implicit features. An example case is T 823/96, which states at point 4.5:

"[T]he Board observes that the term "implicit disclosure" should not be construed to mean matter that does not belong to the content of the technical information provided by a document but may be rendered obvious on the basis of that content. In the Board's judgment, the term "implicit disclosure" relates solely to matter which is not explicitly mentioned, but is a clear and unambiguous consequence of what is explicitly mentioned. Therefore, whilst common general knowledge must be taken into account in deciding what is clearly and unambiguously implied by the explicit disclosure of a document, the question of what may be rendered obvious by that disclosure in the light of common general knowledge is not relevant to the assessment of what is implied by the disclosure of that document" (emphasis added).

Following this, what would be the "clear and unambiguous consequence" of following a disclosure of a widget with a screw? The skilled person would have to select a screw to make the widget, and the screw would inevitably have a handedness. Does it matter which handedness of screw the skilled person selects? Given that right handed screws are far more common, would it only apply to these? What if both were equally possible? At the moment I do not have any answers to these questions, but would be interested to see if there are flaws in the argument that a generic disclosure such as this would actually anticipate both possibilities, notwithstanding the established case law on the subject.

By the way, I do actually have a fact situation that matches the above and would very much like to see it tested on appeal, but it is not my decision.