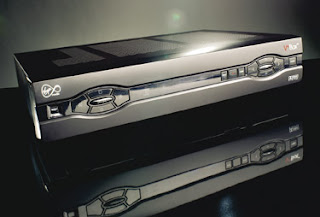 Back in January 2008, the IPKat commented on the pending case involving Gemstar and Virgin Media relating to three of Gemstar's European patents.  All of the patents related in some way to electronic programme guides (EPGs) for TV set top boxes.  The IPKat thought at the time that the issues would be interesting ones to follow, because they might just shed some further light on the exclusions of Section 1(2).  However, this has unfortunately not turned out to be the case.

Fortunately for Virgin, and unfortunately for Gemstar, all of the patents were found by Justice Mann in the High Court invalid for lack of novelty or inventive step (see here for the judgment, and here for a brief IPKat comment and a rather longer one from someone involved with the case itself). The issue of whether the 'contribution' following the Aerotel/Macrossan test was 'technical' or not was not the deciding factor, although was thrown in for good measure (see paragraph 33 onwards of the judgment).

This has now been emphatically confirmed by Jacob LJ in the Court of Appeal, in a judgment that issued earlier this week, with the full title of Gemstar- Tvguide International Inc & Ors v Virgin Media Ltd & Anor [2011] EWCA Civ 302. One of the patents, EP0969662, was taken out of play and not disputed further. The others, EP1377049 and EP1613066, had been found by Mann J to be not novel, which Gemstar appealed against. Jacob LJ, in a fairly short judgment that was approved by the other two Lords Justice, then proceeded to agree completely and dismiss the appeal.

For those of us who would like to see some sensible developments in UK patent law, it is unfortunate that the patents turned out to be so lacking in substance, as it would have been nice to see Jacob LJ get to grips again (for perhaps one last time?) with the issue of excluded subject matter, after making what turns out to have been such a hash of it with the earlier judgment in Aerotel, and following the decision of the Enlarged Board in G 3/08. For better or worse, the four-step test lives to fight another day, and we will just have to wait until the right case comes along before it gets demolished in favour of a proper test based on European patent law.  Any ideas on what this case will be?
Posted by Tufty the Cat at 17:18