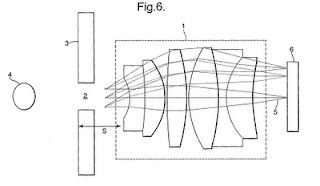 When an invention is defined in a claim in terms of a result to be achieved, it is often termed a 'free beer' claim, in the sense that the invention would be a good thing but the claim does not define how it is actually achieved.  When the patent specification as a whole does describe at least one way of achieving the result, the problem is one of a lack of clarity, rather than sufficiency, and can be resolved by amending the claims so that they define something the applicant has contributed to the art rather than a mere wish list of features.  At the European patent office, any free beer is typically objected to (even during Oktoberfest), and examiners will tend to require more technical features to be imported.  At the UK patent office, however, at least small amounts of free beer are more typically allowable, usually as part of a functional statement at the end of a claim, although in some cases more extensive functional language can be allowed.  Too much, however, and a UK examiner will object on grounds of lack of clarity. This was the case for application GB0904563.4 (previously published as WO 2008/035107), which has led to to the recent decision BL O/243/11, the applicant being The Secretary of State for Defence. Claim 1 of the application as-published read as follows:

There are a number of obvious problems with this claim, one of which is clarity.  Following rounds of correspondence with the examiner, the claim was amended to read:

The examiner considered that, even after amendment, there was too much free beer in the claims. He maintained objections that the claimed invention was unclear and was not supported by the description because the claims defined the invention in terms of the result to be achieved (i.e. a stopless lens) rather than the technical features of the lens arrangement that achieved the result, and the embodiments described did not support such a broad claim. The applicant did not manage to overcome the objections, and the matter went before a hearing officer at the IPO.

Before the hearing officer the applicant argued that, following the decision in No-Fume v Frank Pitchford & Co. Ltd. 52 RPC 231, there were many ways the invention could be implemented and the claims should not need to be limited to only one set of specific parameters. According to the applicant, conventional thinking was that a physical lens stop would be required. The lens arrangement of the invention made this redundant through the creation of a virtual aperture in the object space of the arrangement. The hearing officer accepted that the meaning of the term "virtual aperture" was sufficiently clear, but then went on to point out that the application outlined the features of the invention as being equivalent to using a conventional converging telescope eyepiece in reverse (as for example in the above figure).

As a result, the apparatus claims did not define the invention sufficiently to avoid reading directly on to an already known telescope eyepiece. The fact that the claims indicated that the lens arrangement was adapted for looking through a remote pinhole only specified how the lens arrangement could be used in practice, but did not distinguish the arrangement over a conventional telescope eyepiece. Specifying that the arrangement was designed and configured to provide the desired effect would, following Kirin-Amgen, only be allowable if the product itself was novel and inventive. The claimed invention did not therefore meet the requirements of section 14(5)(a) and (b) in that it did not define the invention and was not clear.

Although the claims in the form discussed were not allowable, the hearing officer allowed the applicant another opportunity to submit further amendments by extending the compliance period. As of today, it looks (thanks to the IPO's Ipsum file inspection service) like the application is still not quite finished.

As far as I can see, the lesson to be learned is to be careful with relying on functional definitions unless you have plenty of backup definitions that are more grounded in technical features of the invention.  It is probably not enough to have a myriad differently defined specific embodiments unless you have some overarching technical definitions to tie at least some of them together because the only option you might end up with could be a single narrow one. It is easy with hindsight to see this being a problem; the clever trick is to spot it in advance.
Posted by Tufty the Cat at 16:02