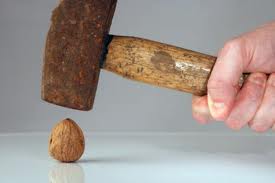 It is well known among UK patent attorneys that the US patent system operates under different rules, some of which seem designed to make life just that bit more difficult for applicants and their attorneys. No matter how carefully a patent application is prepared and filed, making sure all of the requirements are met according to UK and international requirements, the US still insists on adding its own further requirements to the typically very long-winded task of getting a patent. One of these is the need for the inventor to complete a declaration to the effect that they have seen and approve of the application being filed at the USPTO. The other, which is almost always required when the resulting patent is to be owned a company rather than the individual inventor, is an assignment from the inventor, regardless of the actual status of the applicant under the local law of where the invention was actually made (which in the UK results in most inventions belonging as a matter of course to the inventor's employer, according to section 39).

While it is possible, and in some cases advisable, to have something signed beforehand by the inventor to the effect that they have assigned any rights they might have, this is not typically enough to comply with all the requirements at the USPTO, and further inventor signatures are normally required. It is not usually therefore worth the extra bother of insisting every time on getting something signed by the inventors early on in the process. When the inventors are being compliant this is not a problem, since signatures can always be obtained later on. However, all sorts of things can happen from the time when, for example, a UK priority application is filed, to the time two and a half years later when it comes to filing a US national phase application. An inventor who was quite happy to sign anything put in front of him at the start of this process may no longer be willing or able to sign anything later on. My first exposure to this strange world was as an inventor when, years after I came up with an invention for which a patent was applied for in the UK, I was tracked down by the patent attorney who had prepared and filed the application. The patent attorney sent to me at my home address a couple of forms to sign, and mentioned in a very carefully worded cover letter that they were just formalities and it would be very nice and helpful if I could just sign them because if I didn't it would just cause him a lot of difficulty and expense. I considered this for a few minutes and then (even though I had left my previous employ on less than the best of terms) signed the forms and sent them back, thinking that it was surely not worth putting my previous employer to unnecessary trouble if there was nothing further I was going to get out of it anyway. This is, however, not the way things always go, and a recent decision from the UK IPO illustrates just how much difficulty can be involved in resolving the issue if an inventor refuses to sign some forms.

The decision, Zincometal S.p.A. (BL O/469/12) was issued on 27 November 2012 in relation to a US national phase application filed in February 2010, which in itself shows how long-winded the process can be.  The story begins with a UK application filed in 2007 in the name of Sigmala Limited. A PCT application (published later as WO 2009/022090) was then filed a year later. Unfortunately, during the time the application was progressing through the international phase, Sigmala went into administration. The company's assets, including its patent applications, were bought by another company, Zincometal S.p.A., which naturally wanted the patent application to then proceed in their name. This was not a problem for the international application, which was changed on the basis of the fact that the applicant had changed, and was subsequently also not a problem for the European Patent Office, who accepted the change of name and granted the application to Zincometal in January 2012. For the USPTO, however, it was a different matter altogether. Because the two named inventors, who had been directors of Sigmala at the time the invention was made, either refused to sign the required documents or could not be contacted, it was not possible to fulfil the formal requirements for the US application. In parallel with a petition to the USPTO (which is another story altogether), a reference was made to the UK IPO on behalf of Zincometal under section 12(1)(a) requesting an order that would allow their patent attorney to sign the forms on the inventors' behalf. In the normal course of events (according to the procedures under Rule 77), the inventors were notified of the reference by the IPO but no response was forthcoming from either of them. As a result the hearing officer accepted the facts of the case to be those in the supporting documents provided by Zincometal's attorney.

The hearing officer referred to two previous cases where references were made to the comptroller under section 12(1), being Cannings' US application [1992] RPC 459 and British Telecommunications BL O/402/01, which established that it was within the comptroller's power to order an inventor to execute any assignment necessary to effect the determination of entitlement to a foreign application and, if the inventor still refused to sign, to authorise an affected party to sign on the inventor's behalf. The evidence supplied, which was uncontested, provided support for the ownership of the invention having been transferred to Sigmala by virtue of the inventors' positions within the company, and that these rights had been transferred to Zincometal when Sigmala entered administration. Although the inventors had been asked to sign the documentation necessary to put the entitlement into effect in the US, they had either refused or failed to do so. The hearing officer therefore considered that the facts dictated an order in the terms requested was appropriate, and authorised Zincometal's attorneys to execute on behalf of the named inventors a combined declaration and power of attorney form and an assignment of rights in the US application.

Decisions of this type, where the UK comptroller effectively decides on ownership of a foreign application, are comparatively rare, this being apparently only the third one published while the Patents Act 1977 has been in force. This is to me a bit of a surprise, as an order under section 12 should be able to effectively shortcut the process of getting a petition allowed at the USPTO, which can also be long-winded and complicated. An advantage of getting an order under section 12 is that if an reference is uncontested by the inventors and at least a prima facie case is presented that an order would be justified, it is very likely to work. Inventors that simply refuse to cooperate for no reason other than bloody-mindedness can therefore be more easily cut out of the picture once they realise there is no point in contesting. The moral of the case seems to be that sometimes it is unfortunately necessary to use a sledgehammer to crack a nut.
Posted by Tufty the Cat at 09:41