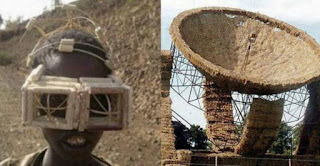 I wrote a while ago about an important point to learn when training to become a scientist or a patent attorney, which comes originally from a lecture given in 1974 by Richard Feynman to students at Caltech. My point then, which was about not taking anyone's word for it (nullius in verba), is of course important and still very relevant in today's world, if not more so. It recently occurred to me, however, that there is another way of looking at it when considering why some people file patent applications.

The key story in the lecture is that, during the second world war, some islands in the Pacific were taken over by the USA and used as bases for air raids on Japan. Some of these islands were inhabited, often by relatively primitive and technologically unsophisticated people. These people were fascinated by all the amazing stuff that was brought in by American aeroplanes. By the end of 1945, however, this all stopped as the war ended and the military went away. The islanders, who by then had become used to all this stuff, were upset and wanted it to continue. Not understanding why the aeroplanes came in the first place, they did what they thought was necessary, which was to try to reproduce everything that they could remember happening at the time the aeroplanes did come. As Feynman tells it, the islanders "arranged to make things like runways, to put fires along the sides of the runways, to make a wooden hut for a man to sit in, with two wooden pieces on his head like headphones and bars of bamboo sticking out like antennas—he’s the controller—and they wait for the airplanes to land. They’re doing everything right. The form is perfect. It looks exactly the way it looked before. But it doesn’t work. No airplanes land".

This brings me on to thoughts about why people decide that they want to get a patent. The fundamental reason, of course, is to try to get protection for an invention so that the invention can be monetised in some way, whether this is by selling the product or service protected by the patent to the exclusion of others or licensing the patent to get royalties from others who want to use your invention to make money and need your permission. Patents are also an important tool in raising and securing investment. If you are starting up a new company to develop new technology, it is often crucial to be able to get some patent applications filed so that investors can have more confidence that there is something that the value of their investment can attach to. Even if the company cannot hope to make the patented product themselves, there is the possibility of using a patent as leverage to make others pay. Sometimes this can turn into patent trolling, where companies acquire patents solely for this purpose, but in many cases the patents did at some point result from actual innovation, even if the patents have changed hands since then.

A further reason why someone might want to get lots of patents has, however, now occurred to me. If, let's say, you are in a position where you know enough about a technical field to bamboozle most people, but have not actually come up with any new and useful inventions yourself (because you don't actually understand the field in a practical way), it may be possible to fool some people with lots of money that you are very innovative and worth investing in by filing patent applications that hardly anyone can understand, especially (and most importantly) the people with money. It may even be possible to draft your patent applications in such a way that they look to the untrained eye very much like real inventions and even have features that provide a genuine novel distinction over the prior art and to which a non-obvious technical effect can be associated. If you file enough of these applications, it is practically certain that some will get through the system and be granted, even by an office as strict as the EPO. The inventions themselves will, of course, be actually worthless because they do not represent a real advance on anything. Their  real worth is instead in generating patents that keep the money flowing rather than protecting any new and inventive developments. While the money keeps coming in, their worthlessness in terms of innovation doesn't matter. You can even start making vaguely threatening noises about how your patent armoury is becoming larger and that others should start to watch out in case you decide to start infringement proceedings. You should not, of course, be too specific about what is being infringed and how to avoid being pinned down to specifics. All this can be drawn out over a period of years while the market is still rising and the money keeps coming in. At some point, however, the likely outcome is that it will all come to an end and some people will lose lots of money. By that point you will hopefully have moved on with your huge gains and left someone else holding the can containing the worthless collection of junk you have built up with other people's money.

I wonder if this might ring true to anyone?